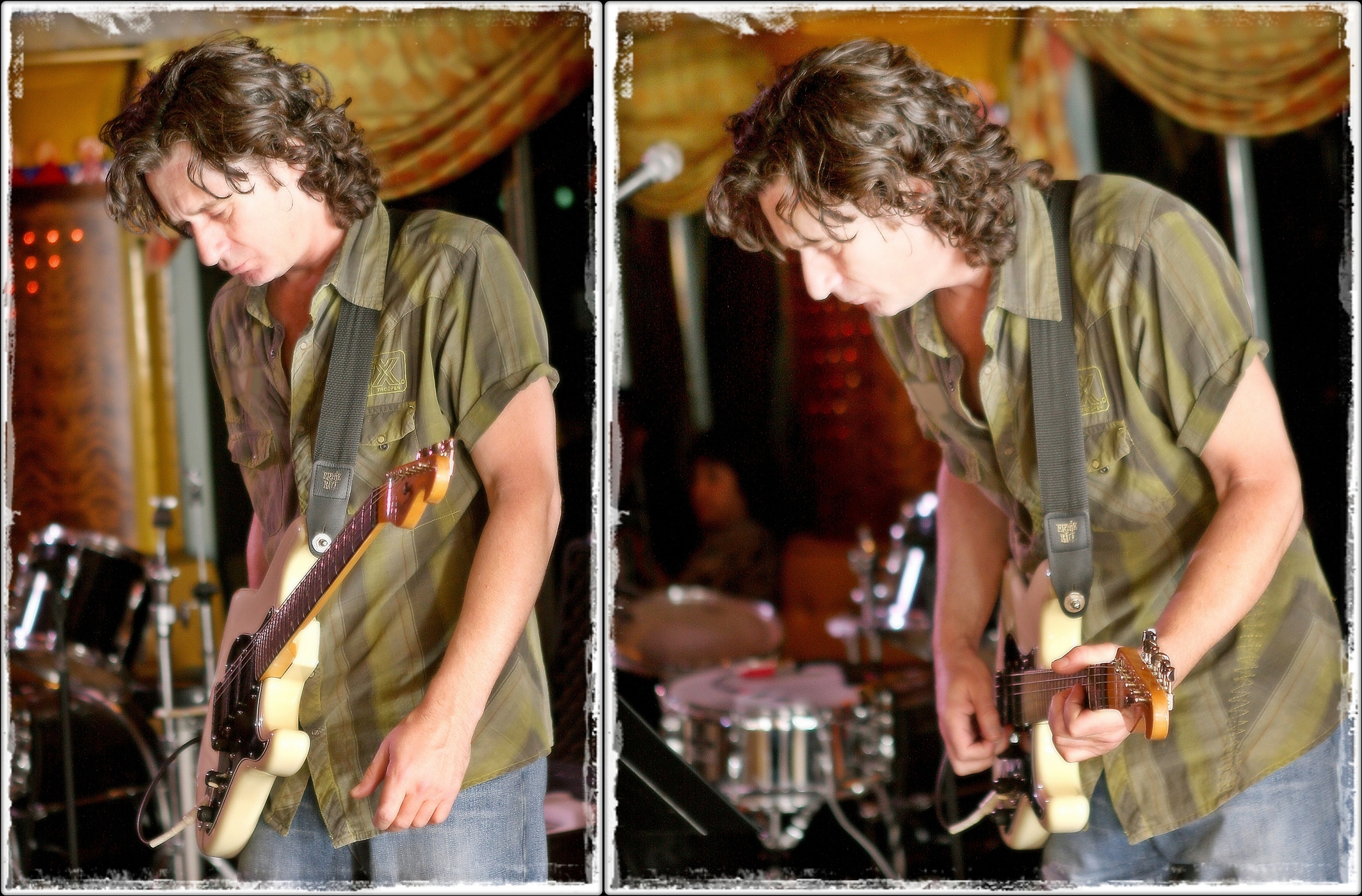 Completely exhausted by 6 months of performing for 'Booze-Cruises' onboard CARNIVAL Cruise-Ship 'PARADISE'. 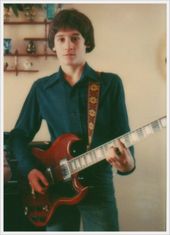 This all started waaaayyy back when;... after his first couple of elementary school musical productions (Operettas) in the early 1970's, Chuck's parents recognized his musical ability at a young age, and in 1974, had him enrolled in guitar lessons at the age of 10. 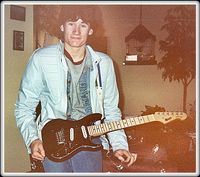 By 13 years old, Chuck was writing his first simple melodies, basic chord structures, and musical  arrangements. At the age of 14, Chuck started playing in his first of various local Edmonton 'cover-bands', which continued throughout his remaining school years, including his post-secondary education in Plastics Engineering Technology at N.A.I.T. (Northern Alberta Institute of Technology), from 1983 through 1985.

During his studies at N.A.I.T., Chuck was lucky to survive & recover from a serious automobile (Triumph TR6 rag-top) rollover accident, in which he was a passenger.

In 1986, Chuck took the opportunity to further hone his technical skills by working as the Audio Engineer and lighting technician for Edmonton's top Dinner-Theatre, until 1988, when he started as a Service Technician for a popular Western Canadian Retail outlet of Musical Instruments and Professional Audio Equipment.

Chuck quickly worked his way up to Manage the Service Department, and in 1989, he received JBL certification of technical training for high-compression driver maintenance and low-frequency transducer repair (for servicing professional loudspeakers and Public Address systems).

Chuck was also busy developing a boardgame ('HOLESHOT: The ultimate Motocross experience') he invented as a child when he was appointed as the western Canadian (B.C., Alberta, Sask.) Sales Representative for various musical instruments, amplifiers, and accessories in early 1991. Eventually (starting in January of `92), Chuck went on to work as a Purchasing Agent for western Canada's two largest Musical Instrument, Professional Audio & Communications retail chains.

While still employed as a Purchasing Agent, Chuck started his own Company (C.B. CONCEPTS) on a part-time basis in 1996, in preparation to offer his services as a 'One-man Band'/Musical Entertainer; available to hire for live performances. After spending close to a year programming MIDI sequences during his 'spare time' (ha ha), Chuck made his solo debut in May of 1997, and by the end of `97, was already booking live performances 6 months in advance!

After continuing to work night & day for a few years, with his schedule fully pre-booked one year in advance, and after much preparation, Chuck took the calculated risk of finally leaving his 'day-job' for good in January 2001, in order to pursue his musical endeavours (and other creative ideas) on a full-time basis.

Chuck continues to successfully manage his own musical career to this day, performing as a 'One-man Band' (Solo Guitarist/ Vocalist) at a wide variety of different venues around the world.

August 17, 2012: Inducted as a Member of 'CONTINENTAL WHO's WHO': Registry of National Business Leaders, New York, USA: In recognition of Excellence , and outstanding Leadership & Achievement in the Industries of Music & Entertainment. 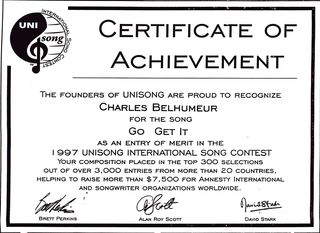 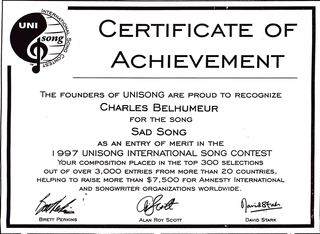 August 23, 1997: Received “Harmonious Honor Award” in HOLLYWOOD Song Jubilee, for original song: 'All for one'. 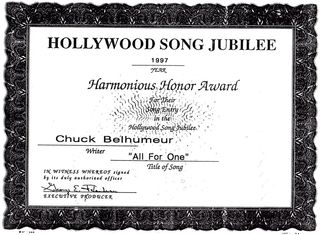 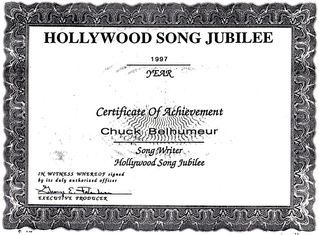 September 1, 1996: Registration of independent business: “C.B. CONCEPTS”, for the promotion of all original works by Chuck Belhumeur (“Brown”). 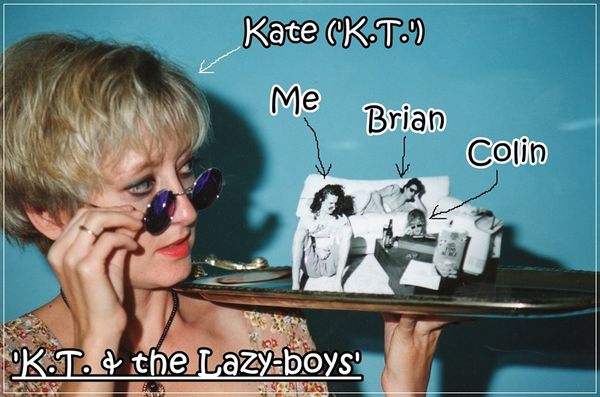 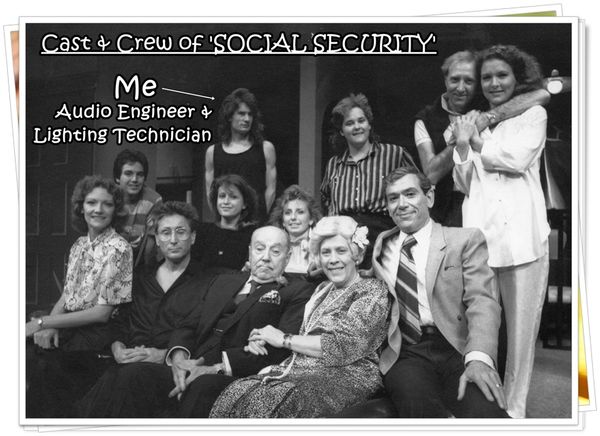 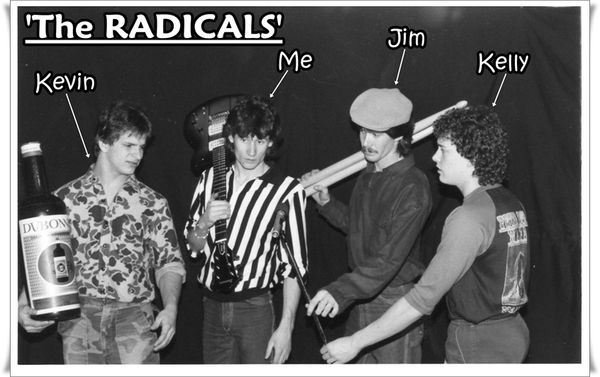 EDUCATION: Since 1974, the study of musical theory as follows: 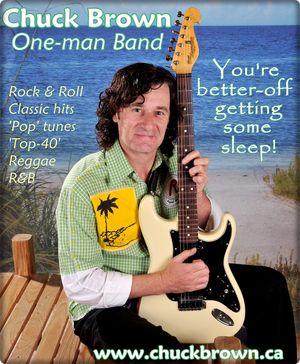 LINKS to find me online...